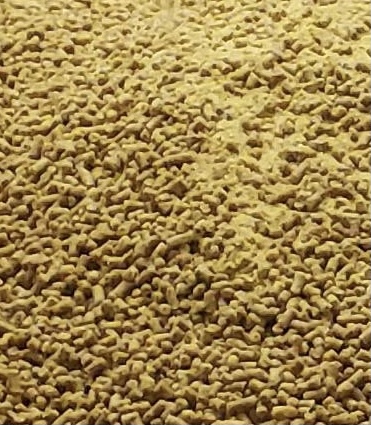 Evaluating sow transition diets, defined as diets fed in late gestation and/or early lactation, have recently received increased attention in the U.S. The mindset of our research lab is that we may be able to use sow transition nutrition to reduce the need for farrowing assistance, thus reducing the need for farrowing house labor, while maintaining or enhancing productivity.

The objective of the current study was to relate a combination of promising sow transition technologies with farrowing duration and piglet characteristics. One batch of second parity sows (n = 78) were farrowed at the North Carolina Department of Agriculture and Consumer Service’s (NCDA&CS) Tidewater Research Station this past July. The sows consisted of two genetic lines (See et al., 2019), one selected since 2012 for young age at puberty and the other selected for old age at puberty. From day 109 of gestation until day 3 of lactation (approximately 10 days), sows were fed either 6 pounds of lactation diet once per day or 3 pounds twice per day of a transition diet. The transition diet contained 45% wheat midds (fiber source), 8% added soybean oil, 3000 FTU/kg of phytase and 500 ppm zinc sulfate.

Results of the study are shown in Table 1. Sows fed the transition diet took 43 minutes less to farrow than those receiving the lactation diet. While not statistically different, this study builds on past studies suggesting diet can influence farrowing duration. The percentage of stillborn piglets did not differ between diets which is perhaps due to the very low percentage reported in this study (less than 2%). Younger parity sows are known to have fewer stillborn piglets. Yet given the conditions of the study—extreme summer heat and minimal farrowing assistance—we were intrigued how few stillborns farrowed. 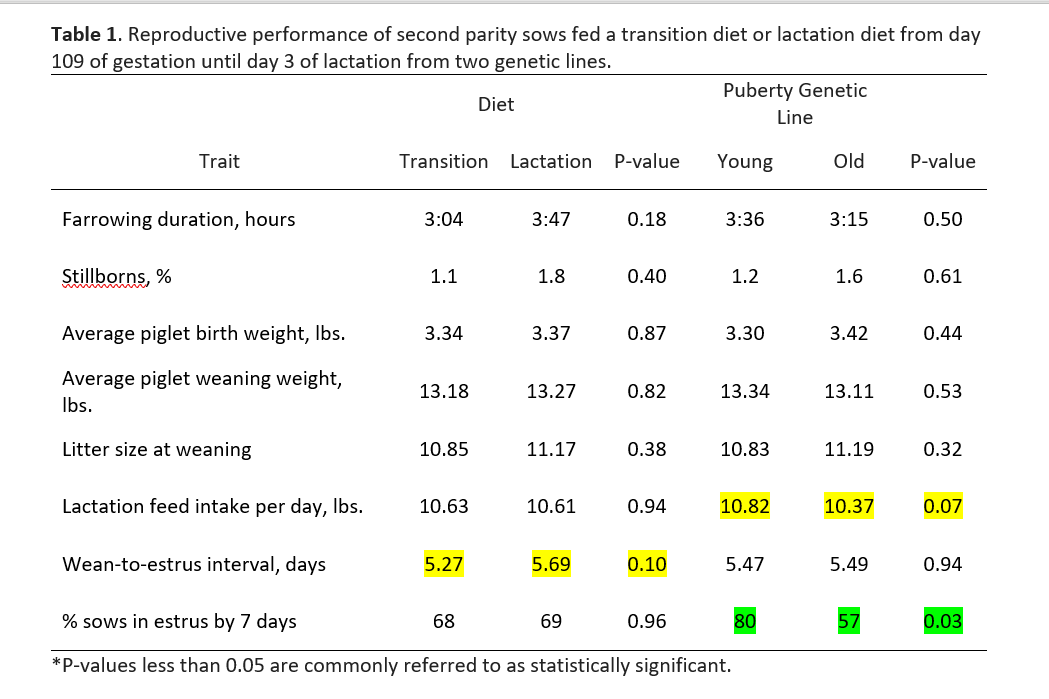 There were a few surprises when we received the diet analysis back from the lab, and we believe a few nutritional factors may further explain the low percentage of stillborns observed in this study. Sows fed the transition diet tended to have a shorter wean-to-estrus interval than sows fed the lactation diet. Given the relatively low lactation feed intake of these sows, one may speculate the diet containing soybean oil helped sows meet their essential fatty acid requirements. However, the transition diet purposely confounded several technologies. Hence, one cannot clearly relate one piece of the transition diet to a given parameter.

Sows from the young puberty genetic line tended to have a greater feed intake during lactation when compared to old puberty line females. Young puberty sows also had a greater percentage of females exhibiting estrus by day 7 after weaning when compared to the old puberty genetic line (80% vs. 57%). This adds to the slim body of evidence suggesting younger puberty females experience less seasonal infertility than older puberty animals. Yet, further work in this area is needed.

We would like to thank the NCDA&CS Tidewater Research Station for their continued partnership, help and support. Contact Mark Knauer with questions.

Ramaekers, P. 2013. Effect of high fiber intake in sows in the transition period on piglet survival.